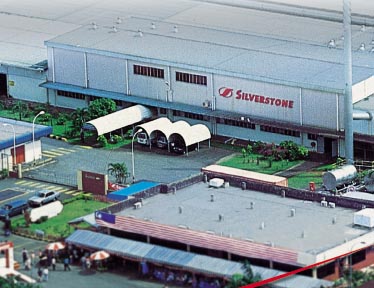 We are proud to inform that we are the sole distributor for the Silverstone tires for Afghanistan market. Silverstone Berhad, in a relatively short span of a decade, has emerged as a global tyre manufacturer with exports more than 60 countries, including Australia, Japan, France, Germany, the United Kingdom and the Americas. Silverstone success stories began in 1989, with a linear manufacturing plant that incorporates modern facilities and comprehensive after manufacturing test instruments and machinaries, thus ensuring each tyre manufactured adheres to the highest degree of precision for superior performance.

Silverstone has earned itself awards from international quality governing authorities such as UK's E11, USA's DOT Marking of Quality, the ISO 9002 BVQI Certification of Quality Management and Malaysia's SIRIM.

Always anticipating the needs of its customers, Silverstone is quick to innovate tyres that meet the driving demands of the times. Today, Silverstone caters to every requirement of the tyre market. From passenger car tyres, rally tyres, 4-wheel-drive tyres, light and heavy commercial vehicle tyres, to industrial and agricultural tyres. Silverstone takes pride in being resourceful and innovative, relentless in its pursuit of technological advancement. When breakthroughs are attained , Silverstone is swift to launch new tyre patterns and designs, staying ahead of the competition.

In every aspect of planning and operations , Silverstone's vision revolves around one aspiration - to be acclaimed as a world superior tyre manufacturer. 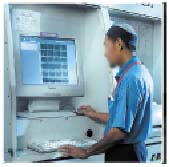 The holographic measurement method reliably detects material deformations such as air trap, separation and poor lamination, it is a non-destructive testing of new tyres in R & D. 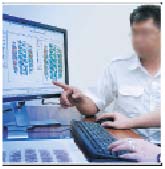 The Brũel & Kjaer Pulse uses FFT and CPB to analyze noise and vibration in decibel and provides graphic information that is crucial to the understanding of the relationship between tyre and noise.